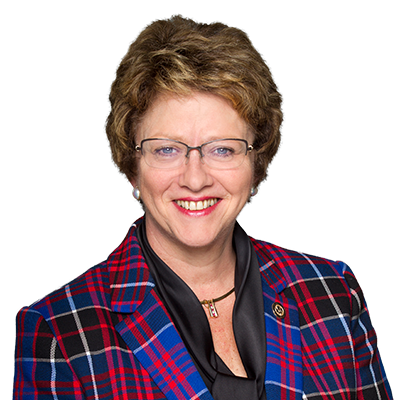 OTTAWA, ON– “While Canadians struggle to make ends meet, this government chooses to make life even harder and more expensive,” said Diane Finley, MP for Haldimand-Norfolk. “The carbon tax is going to increase the cost of everyday essentials across Canada.” MP Finley stood in the house ... Full Article

OTTAWA, ON– “Justin Trudeau is trying to bury the SNC-Lavalin corruption scandal by spending billions of taxpayers’ dollars that Canadians will have to re-pay in higher taxes down the road,” said MP Diane Finley. “It’s the most expensive cover up in history,” Finley added. The ... Full Article

Canadians are known for being strong, tough, and resilient, especially when it comes to sticking through our notorious winters. But, even the toughest among us need a helping hand during our cold, harsh winters. That’s why the Conservative Party of Canada has committed to lowering costs for ... Full Article

“It was deeply saddening to hear of the tragedy in Ethiopia which took many lives, including 18 Canadians and our community’s own Dawn Tanner. My deepest sympathies and prayers go out to her family, friends and the entire community, as well to all of those affected who are grieving this ... Full Article

OTTAWA, ON– The Honourable Member for Haldimand-Norfolk, Diane Finley, has been appointed to fill the final vacancy on the National Security and Intelligence Committee of Parliamentarians. The Prime Minister announced the appointment, effective March 7, 2019. “Diane is an experienced and ... Full Article

Merry Christmas to everyone in Haldimand-Norfolk!! I always love this time of year – the wonderful parades and festivities, the smell of freshly baked sugar cookies and gingerbread, decorating the Christmas tree, and, most importantly, spending time with family and friends. This is the ... Full Article

The release of the latest Liberal economic update makes one thing clear: Justin Trudeau is good at making promises that he has no intention of keeping. During the 2015 election, Justin Trudeau promised Canadians that he would borrow a “modest” sum of $10 billion dollars per year. As we all ... Full Article

Ottawa, ON – “All authorities agree that the right of petitioning parliament for redress of grievances is acknowledged as a fundamental principle of the constitution. It has been uninterruptedly exercised from very early times and has had a profound effect in determining the main forms of ... Full Article